We are thrilled to announce that after almost 4 years of being on Duck Team 6’s radar, sweet SOPHIE HAS BEEN ADOPTED! 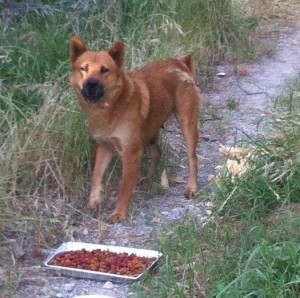 Our Good Samaritan nicknamed her “Bossy Britches” for her loud warning bark to stay away.

Where it all began…
Sophie’s journey with Duck Team 6 began in 2012, when a Good Samaritan contacted us about a mama dog and her four puppies that she had been feeding. However, Sophie’s story began long before we met her. When our team went out to help catch Sophie and her pups, we had no idea how street savvy and resourceful she was. Neighbors told us that Sophie had been part of their neighborhood for years – some even estimating that she was older than their teenage children! – and had given birth to multiple litters over the years.

For weeks, our team would go out each weekend to try to capture Sophie along with her pups. But Sophie was a good mama, and smart to boot, and was always one step ahead of us. She moved and hid her pups often, so capturing them all together was a challenge. In fact, Sophie went into our trap pretty easily a few times, but we couldn’t leave her puppies without their mama. So we would release Sophie and start our cat-and-mouse (or dog-and-duck?) game all over again.

In May 2012, the pups had grown a bit and were pretty much staying put under one particular house near Fair Park. We had managed to catch one of the pups so we thought we should catch Sophie too, so she would stop interfering with our capture efforts and we could catch the rest. But Sophie had other plans. Only a few hours after being moved to her foster home, we received word that she had escaped. We spent the next few days searching in the areas where people had spotted her, but were never able to re-trap her. While we were searching for Sophie, we managed to trap another one of the pups, and our Good Samaritan, Lori, was still going to the house daily to feed the remaining pups. 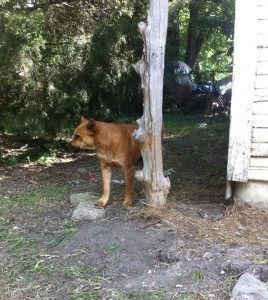 Sophie back at her “house”

A few days later, Lori went to the house to deliver breakfast to the pups as she did every day. She told us she nearly fainted when, in a twist of events that we usually only see in movies, she heard Sophie’s familiar bark – in the exact same place she she had been trapped! Sophie had managed to walk back from Highland Park to the Fair Park area (about 8 miles, crossing highways) without a map, GPS, or even asking for directions. (We told you she was smart!)

Our team continued to try to catch Sophie and her two remaining pups, but as we expected, Sophie relocated and we lost track of her for almost two years.

The Street Dog Cycle
In 2014, we were contacted by a different Good Samaritan about a mama dog and her puppies, and when our team went out to investigate, we discovered it was Sophie! She was with the pups from her previous litter and two new puppies from a more recent litter. Sadly, by then, the two older pups were extremely street savvy and we were unable to trap them. We were lucky to be able to catch the two new pups, Jojo and Coco, who were later adopted together. 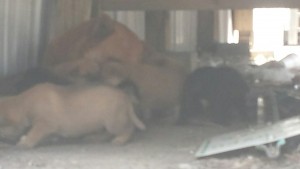 One of the most heartbreaking realities of street dog life is knowing that without our intervention, they will continue the cycle of unwanted litters. In June 2014, we discovered that Sophie had delivered another litter of pups. Concerned about these pups becoming mobile and losing track of them, we picked up this litter as soon as it was safe and transferred them to a partner rescue for placement. We continued to try to find a foster home or rescue group that would take Sophie, but had no luck.

In January 2015, we received reports that Sophie was “breaking and entering” into a fenced-in yard, and the homeowner was less than pleased. Our volunteers learned that he was threatening our special Sophie so we decided to try to capture her again – a risky situation, since Sophie had already proven she was capable of getting out. We hoped and prayed that Sophie would realize we only wanted to help her. Not only that, we didn’t have a confirmed foster home for her. We decided to try and hope for the best.

Our volunteers went to the yard where Sophie had been spotted and there she was, as reported, inside the fenced-in yard and didn’t seem to know how to get out. (Odd, since she clearly knows a thing or two about escaping.) She went into our trap and we took her to our vet to be checked out, where we received some not-so-surprising news. 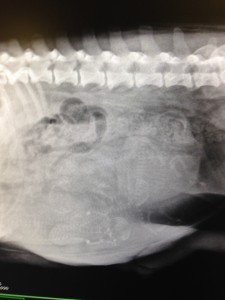 Unfortunately, Sophie was pregnant again. Our vet suggested that we find a foster home for Sophie to deliver her pups, rather than in boarding, so we were incredibly fortunate that Charise and Susan opened up their home to this mama who needed a soft place to land.

Luckily, Sophie seemed to have tired of life on the streets and began to appreciate the perks of being a family pet. A few weeks later, Sophie delivered 5 pups but sadly, one was stillborn. After they were weaned, the pups were transferred to one of our partner rescues and adopted to loving homes. In April 2015, Sophie took her No More Puppies Pledge – ending that cycle of unwanted litters and homeless puppies on the streets.

Never Giving Up
For the next year, Sophie bunked with Charise and Susan as we tried to find a permanent home for her. Our team tried everything we could think of to help find the perfect home for Sophie. She isn’t a fan of cats, so we needed a cat-free home. She takes a while to warm up to strangers, so we needed someone who would be patient and give her time to adjust. We tried our hardest to find a place for her but kept falling short.

Part of growing and developing as a rescue organization is learning from new research and trying new approaches to placement. We decided to stop focusing on Sophie’s challenges and start focusing on how sweet she could be. We expanded our marketing efforts to reach people outside of the normal “rescue world,” where most of us already have our hands full and can’t take in any more dogs. One such avenue was an ad in a local neighborhood newsletter, where Sophie caught the eye of an angel named Evelyn. 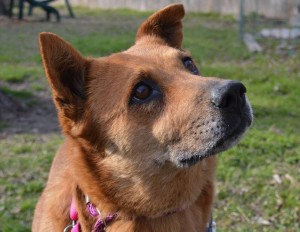 Patiently waiting for “the One”

When Evelyn met Sophie, it was love at first sight. And of course there were some hiccups. Sophie is a special dog, and we needed to provide some training and ongoing support while she learned how to be calm in her new surroundings. But Sophie is not “damaged goods” or “unadoptable;” she is perfect for the right home. Duck Team 6 has such gratitude for new adopters like Evelyn who take on the challenge of loving a dog that others might see as feral or unsuitable for home life, and we hope this story encourages others to take a second look at a dog that might need someone extra-special to show them how to love.

Forever Grateful
There are so many people to thank for their parts in helping Sophie find her forever home. The Good Samaritans who reported her to Duck Team 6, the team of volunteers that fed her and her pups on the streets throughout the years, those who helped search for her during her escape, the capture team who caught her (a few times, in fact!), the adopters and partner rescues who took in her puppies, those who donated funds and food to help us care for her and her pups, the trainers who visited Sophie in her foster homes and her new adoptive home, the supporters who shared her story, the veterinary staff who cared for her while she was in boarding, the marketing team who put together her videos and fliers and who ultimately found the right audience to share to, her foster homes – especially Charise and Susan – who cared for her after her capture, and especially Evelyn, who will give her a home and love and care for the rest of her life.

It takes a village to save a street dog. To everyone who helped Sophie, we thank you.