Look Who Got Caught: Jetson 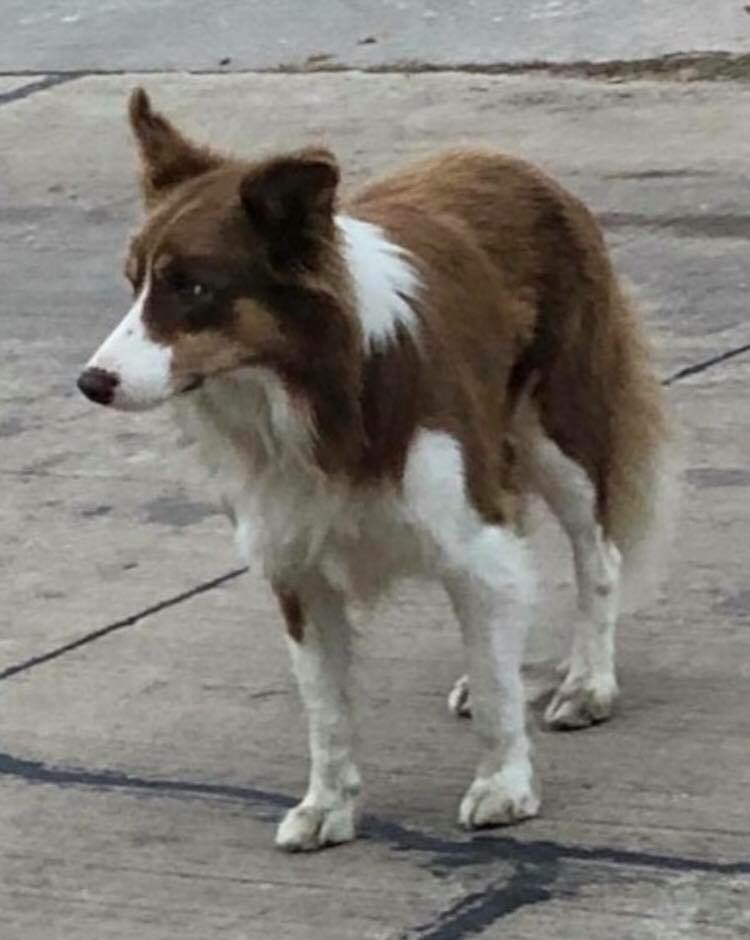 On January 10, we received a Capture Assistance Request about a dog who had been adopted from the Seagoville Animal Shelter, then given away on CraigsList. The couple that took “Jetson” only had him for a few hours before he made a run for it. Luckily, Jetson was sticking around a motel in Mesquite so we set out to try and capture him.

We found out that Jetson had been previously trapped by a volunteer with Seagoville Animal Shelter when he had escaped before, so it wasn’t surprising that he was suspicious when we set up the trap again. Capture Team member Debbie worked with several people who were trying to catch Jetson, as well as the motel management, and finally caught a break when a motel guest was coming out of his room as Jetson was walking towards it. Debbie quickly improvised and asked the motel guest if they could borrow his room for a quick minute for a dog rescue. Luckily, he agreed!

Jetson walked into the room, Debbie blocked the door, and the other volunteers were able to get Jetson on a leash without incident. Jetson’s owners decided to give Jetson to one of the volunteers, who adopted Jetson and will make sure he is safe and sound and SECURE!

Thank you to everyone who helped with Jetson’s re-capture: Angel and Justin from Seagoville Animal Shelter, Lauren, Lisa, and everyone else who was looking out for Jetson while he was on the lam. It takes a village! #SemperWoof